There is a picture on my phone I do not recognize. Where did it come from? I'm the only one who shoots pictures on this phone. But I do not at all recognize this picture.

It is of shadows. It's silhouettes, I see now. There are two figures casting shadows within a gray rectangle upon a dark ground. They are in a certain pose, each aware of the other.

Who are they? And how did they come to be on my phone? I will send the picture to my computer account to look more closely.

I open the door of the Explorer and I glimpse something in a sandy shade of cover. It's a book we took out of Logos with others some time ago. It must've fallen between the seats and has lodged there ever since. It's been, what, weeks? I didn't miss it because I had others in a pile I dumped on the living room table.

I opened the sandy cover. Began scanning. Then reading.

I soon discovered a scene identical to the photo in my phone!

A couple of young women engaged in one another on a bed in an apartment with the bedside light on were apparently unknowingly casting their image in just sufficient glow for the purpose to the delight of passers on the street below.

I am frightened. It's a sign. But of what?
Posted by Woesong at 8:53 AM No comments: 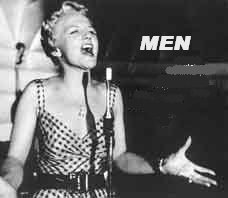 Someone brings a beer. One. For six or seven of us. Thanks. I should go for more. I don't.

We are in a bar which is a transition, like an airport. We pause here and drink and then go on. There is somebody and somebody's kin and the blonde, who is pretty and just past young. Everyone is relaxed. I go to the bathroom.

It is a large public place, and we mill about. The blonde appears on a balcony I thought was just a faux masonry piece up on the wall. She begins to sing to us. A lot of self-conscious guys who only want to do what they came for and leave.

She reassures us. It's all right. I always do this. And then she sings for us so very sweetly. It is really heartfelt. We pause and look at her and listen. It is all most endearing.

Then she exits through a door which wasn't there before, and immediately wasn't again.
Posted by Woesong at 6:13 PM No comments: