It's traffic, said the expert consultant. Economics is. Just like circulation in the body is critical to health, your downtown business district should have an ideal pattern for vehicles to travel. Sounds logical, we say.

You say a recession is nothing but slow or clogged road arteries? Right you are, he said. Okay, we said.

If the Blue Norther was later than Easter, it was given up as a natural by-product of criolisis, which was physics, according to Preacher Friar out at Hopkins Wrecking. It's the same principle as in Dyna-Flow on a Buick; something turning turns something else. Traffic turning one way affects the very air the same way. It's why rush hour in the big city brings tornados.

"Look at the drain in my bath tonight. It don't turn counter-clockwise no more."

Someone was to appear in Nextown with a new idea for a common civic function. He was an expert in doing a public chore much more efficiently. I was delegated to travel from Ourtown to Nextown for his convention, being as all cities are signed on for the chore.

I set up in the motel where the ceremony was to be held and began to copy from the handout the expert's biography. I'll take it back to Ourtown, is my plan, and maybe it would be printed in the Ourtown Newspaper.

We weren't sure what was the new plan, but we knew we were suspicious. The expert came over to my table while I was copying out details about him. I wasn't concerned; I didn't think he would bother with what I had written. Nobody else ever had. Doubt if I could draw notice with a ransom note.

He didn't even know me. He didn't introduce himself.

"Let's go for a drink after the session and talk it over." 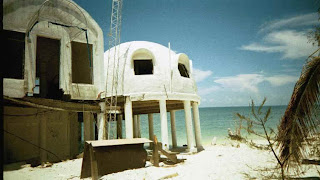 Sent from my iPhone
Posted by Woesong at 8:01 AM No comments: 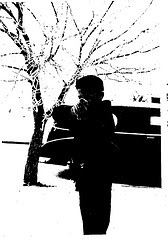 I am to be drafted back into military service, specifically the National Guard, at age 70. It is altogether quite depressing, but there doesn't appear to be anything I can do about it.

Except for passive resistance in the form of my usual torpor. Specifically, I am to report at a certain time Saturday, yet I proceed in believing (or acting along the lines of the belief) that I so not have to report until Sunday.

The span will be two weeks, during which we will have to climb a mountain on foot. I am sure I can accomplish this feat, bit I wonder about the other old ones.

I strangely have my old duffel bag and military gear from forty years ago, and I proceed finally to gather it all. A certain grizzled old vet in a uniform of uncertain vintage insists in flossing my teeth. Despite my protests he stands right up in my face and proceeds with the operation, as if I'm a toddler.

What's past is prologue, they say, about carousels. 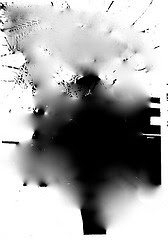 Posted by Woesong at 8:04 PM No comments: