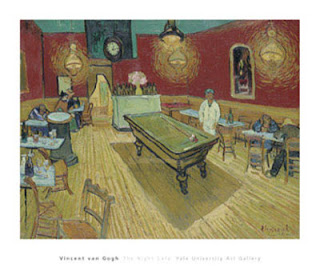 The tables and chairs began to occur like chance along the walkway, and if you sit, then someone will bring you something. It's like love. I sat. There is a nondescript young lady across from me. She says nothing, and neither do I. Ain't love grand?

I am brought the news that a certain Count has completed a project very dear to me. It wasn't, but I'm always glad to hear the news. What was the project?

Something involving an array of firearms. There is a picture of many pistols on a graph. It's supposed to be very creative. I am conscious that I am accepting regurgitated public wisdom again. I nod and grin. Here he comes, through the tables, smiling in the sun; the Count.

I stand and make to introduce my companion and the Count. Which isn't easy; I do not know the names of either. So I simply stall on names. "Count, this is - " and allow her to prompt me. "And this is Count - " and he gives the complete title. I promptly forget both names.

He has a model of his creation, which he sets before me with a flourish. We move off in various directions during the course of the general decorum of the setting, and when I return to the table, I find a note on the Count's graph.

"We in The League can no longer sustain you as a member. We are sorry, but your contribution to this atrocity is beneath our great mission and earnest hopes." There is a token messenger from The League, standing with great tacit opprobrium nearby.

Now she is reading me off quite proper. She repeats the dire terms of ostracism. When she is done and awaiting a reply, I say, "Okay."

She is disappointed. She had expected more turmoil, a row, maybe overturned chairs for the cause. But, really, my interest in the Count's project or The League either is no more heartfelt than my coming by the chairs and tables and the lady love and sitting there. I move off with precisely the same dedication as brought me to sit down in the first place.
Posted by Woesong at 3:23 PM 2 comments:

The baby was placed in the walkway, sitting, with his toys and accoutrements stacked around him. He sat there, alone. Someone had decided they didn't want him, so just put him down, like an item in a store she at first wanted but thought better of it.

I am utterly disgusted. I go to the baby, take one of the items stacked beside him, and toss it behind me in the direction of a passel of matrons with strollers and shopping carts. It nearly hits one, who is aghast.

The area is like those grassy winding walkways of military bases. I pick up the infant and begin walking with him. There are now more and more others walking, with babies and carts, and there is some anxiety, an incipient frenzy. I realize the ladies back where I threw the carton have called the authorities, and everyone understands something has happened.

Not an abandoned baby, but a package tossed in anger, that's the trouble. I hurry now. There is a path beside the one leading to the main gate. I tell the baby to please wait on this bench, and I place him on it. I will go and move my auto and be right back. I avoid the gate and enter the lower parking lot. I am exposed to view but unnoticed.

But now my companion is a rangy, thin pup, legs like a birdog. He is now cavorting over the trailer back of me. I'm driving a truck now. The pup worries me; he is bounding about back there.

I must work now. The pup is safe, but I've missed something back on the line. It's my old job as a Swiss extruder operator. For some reason, that job I left in 1969 recurs. Here, all my machines are down and one is running good wire, but on a scrap reel.

All I have to do is wind it onto a good reel and sell it. The wire is gray, an unusual color. I must set it up to wind, meanwhile watching the pup I have rescued. The job is going wrong; it always does in my dreams, and mostly back in reality. I worked for nearly twenty six years after that Swiss job, and yet that's the one that comes back most often. I don't know why that is.

I am working at making do with a mess, as always, but at least the pup is safe.
Posted by Woesong at 2:14 PM No comments:

And the Band Played On

The way we enter now, is, he said, and he began to climb pegs up the wall.

The villa was lemon stucco and it was vast. Niki J was looking for something I thought utterly worthless and so naturally she pursued and I watched in some dismay as she stepped on up the wall after him.

He was a subaltern, and he presented us with a closure of a conflict with the owner, who was an eccentric but presumably harmless crackpot. The lieutenant said, we'll close the claim on the cable. Okay, that sounds good. The crackpot had engaged us in a dispute over a cable for which we were not even responsible.

"But then there is the water damage, and we must be compensated ..." I blew up. You say we are to drop all claims and then be held liable for damages. He tried to assert himself, but I say, "You cannot even sign on this matter, can you?" No, he admitted. It was a waste.

Next picture, a cop of the sort you find in quaint dusty Mexican villages is confronting me. He makes to apply handcuffs. The crackpot has told him I am a bank robber, he informs me. I am again exasperated. I make the usual threats of the consequences of

It goes away. There is on a screen on the wall a video clip of the antics of the balmy baron. He is in a theatrical disguise; wig and three-corner hat and droopy mustache, and he is dancing a sort of loping nursing home ramble. His wealth is such that nobody ever seems to tell him he isn't really getting over.

A wan maid, young, like an au pair, is mooning about. She is losing her job. She seems

despondent. We talk to her some, and she doesn't mind talking. She is losing her job on some impulse of the crackpot.


Now here he is in the flesh. He has a picture. He says, it's you. I have you, right there.

What is this? I ask. It's a series of shots of old guys.

"The band of the Titanic," said the kook. I groan.

"Besides, none of them survived."

He doesn't say anything, but he doesn't seem to think my comment has any bearing at all on the subject. I stare at the photos.
Posted by Woesong at 8:31 PM No comments:

Playing in the Park 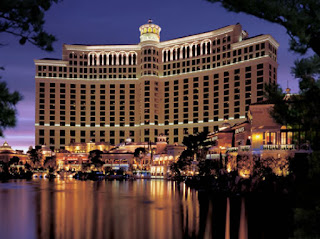 At a desk inside a large extravaganza remindful of Bellagio's, they are handing out complimentary envelopes to all guests. I am designated for some reason as a courier. I am to deliver plenty of other envelopes to others.

Inside each envelope is ten thousand in cash, compliments of the house.

I say to Niki J as we proceed along one of many elaborate hallways, "Do you know how much money I have in my pocket?" Yet absconding with the funds never really occurs to me. Besides, even if I did, an alarm would most likely sound once I hit the exit.

Where is Scoobie? I am forever losing contact with my pal in my dreams. We leave him in a city? How can this be? Yet there he is, across a busy city multi-lane roadway, playing with other pups in a park. It's like I have a stroke and when I recover I'm without my boy.

I run to him. I am sprinting, and somehow not at all tired. I must ascend a hill into the park, and I do, at full blast. 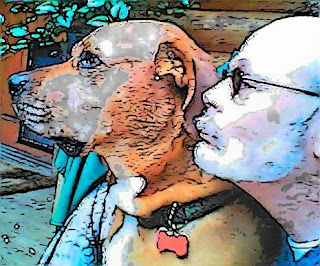 Posted by Woesong at 9:31 AM No comments: