The Cause of It

Something is happening here, a secret ceremony I have encountered and become entrapped by, like a silent auction or a Paiute marriage proposal.
I am the person who played a part in the rite, but I'm someone else entirely offstage. The intended I have not seen, but have great respect and admiration for, only my daylife is where I live, and I must go back.
But I'm not released. There are these details along a dusty street of a strange dreamscape. I have disappointed some, enraged others. They discuss it in groups, casting occasional glances at me. I smile, blinking.
They enter my daytime now, wading in like indians into a cabin in old movies. They show grim countenance, offer complaints. I have offended someone. He is just outside on the lawn.
Sorry.
I enter a cafe to stanch all this disappointment milling about. Yes, but I must go back sometime. My intended is working here. She makes no special play or demonstration; she speaks without looking at me, as if she's planning a fire drill should one ever come. She is small and freckled and pretty but she won't look at me. I like her fine but indeed I must go back.
Here she is on the dusty street. She covers her eyes with her hand. She is in pain! She is disabled? She lays down. I see she lives in an auto within the cafe. I really must do something. I must go back.
When I'm back with Niki J, still some hover. One of them charges me with disrespect to one hombre he names, perhaps the father of the bride who won't be a bride after all. I'm glad he does not mention the reason for the disagreement. Niki J has a plan for assuaging all this anger, and I'm only glad she isn't aware of the cause of it.
But, then, neither am I.
Posted by Woesong at 5:24 PM No comments:

These are new canines, a special breed. "These are Christian dogs," says the prim lady escorting them with a dual leash. She seems very proud. They look like a version of hammerhead shark on four paws. Why they are called "Christian" isn't explained, but, then, nobody seems to have to justify that about humans either.

I commute to work on foot. I work in Watsonville, a village in which I indeed was employed through much of my waking, or at least daytime, gamma minus civil savant career, but this Watsonville is different.

There is a newish ranch-style brick-and-stucco dwelling in a neighborhood of plenty of others like it. They are landscaped on hilly terrain in one of four different floor plans. I stop by this particular unit to rest. No one knows why, not the owner of the home, not me, not anybody. I just go in and lay down and sleep if I want. I'm not related to anyone here. I don't even know them. It's just where I rest on the way to work. I don't even know who devised this rest stop plan.

The owner sometimes sits and chats jovially with me, like you would the one on the next seat in a bar. I don't have to knock when I enter. I just go in, stretch, lay down. It's about half way along my route.

I run a generator. It sits by my bedside at this strange oasis, and I use it for various appliances. It isn't really noisy for generators, but it is for a non-paying guest. I think maybe I'm overstepping my bounds, but, shoot, I'm doing that just being here. Maybe we all are.

Down the front is a trail over and through rocks for the brook sculpted into the front lawn. It is slippery through here, I'm thinking, and winding, and probably treacherous. Always in dreams I go where tracks are precarious.

The Dogs Are Talking

The dogs are talking. 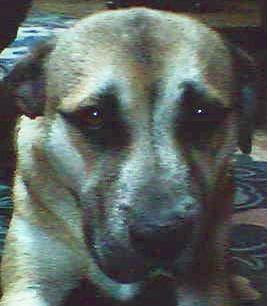 Oh, not in long sentences; more like the rustics I grew up with. Scoob is moving towards the door of an unknown apartment and I ask him where he's going and he says, in a growl so he won't be overheard and understood by outsiders, "Ahdunno."
There is a pup with a message. I know this somehow, and I see her, long fur flashing along a distant road. If she is stopped, she won't tell anyone anything, and there is no message attached to her collar. She is running down the road. She will tell me, most likely, "commonhome."
The village is like a ruin. It is white as southwestern desert sand but there is no dust, and the buildings start in dunes and build up running along into walls and then there is a buttress and cornice and a swirling rococo spire column and another and then exactly like music it wanes and slows and drawls into a dune. The city is composed, like a symphony.
It isn't dirty or dusty either. If you step through a heavy wooden door, any door, the inside is ornate wood paneling, oak and teak. It is dark and quiet inside. Here's one who I was once friendly with, and have neglected. I want to make nice. Everyone is lying about in torpor, woven art dropcloths covering overstuffed furniture.
"You should meet Reloj! Reloj's here."
"I've met Reloj." Bored, angry at the neglect, distant.
Reloj with two others wells up like a glass-domed centerpiece out of a table. He doesn't speak. They are just there in that tight space, being. I don't know if it's some sort of projection from the basement. Hey, I'm thinking, Reloj's here.
I must go out and work now. It is the time for work. Before was the time for lounging. There are four of us, and we are on a slanted street, and our lunch is in what looks to be a trash can on wheels. The delivery person parks it up the hill from me and my partner, near two other workers. I think, he might as well have parked it with us.
I go to the cart (actually a round cylinder) and open it. There is the bottom of many pizzas. How do they keep from spilling their toppings? They are upside down.
A smiling face among them. It's my daughter! I pull her out of her entwining with upside-down pizza. I hold her. She is covered with sauce, smiling. She only says, "So warm!"
I walk with her now. It is walking-with-daughter time. Up there the buildings wax, and back there they wane. Wait, hold on, this isn't the block I'm looking for. The streets have no names and the buildings have no numbers, nor any other distinction, even so far as separate walls. It's essentially an unknown number of streets of untold rooms.
There is a little dog somewhere, running to bring a message. I must find the little pup. I turn and start back the way I came. It's being lost time now.
Posted by Woesong at 4:28 PM No comments: