The Bare Belly of a Bassett

Posted by Woesong at 6:28 PM No comments:

Posted by Woesong at 1:57 PM No comments: 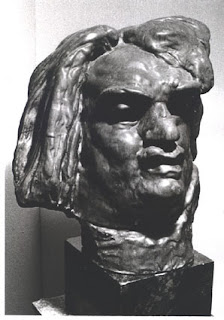 I am a published author.

I have a story in a local publication. Some read it and are impressed. They either praise me or dismiss me, which is the same. I am quite pleased at this turn of events.

All in all, I think, life is much improved. I have definitely come up in the world. Maybe I should be fitted for a tweed smoking jacket with leather elbows. It's no good pretending everything is the same now.

And then suddenly one early afternoon I stop dead in my tracks. I had been on my way to the local diner to allow them as weren't writers to observe one who was, a rare opportunity for the poor proles.

What stopped me was a contemplation of my method of composition. For the first time, I began to wonder if my private process as a writer might be the talk of the town, as I figured my new tweed jacket would be. All those intimate portraits of the artist alone in his den, in his bath even, once he has been recognized as a genius, such a bother. Is there no privacy at long last once fame comes calling?

My creative work on the published story, for instance, consisted in copying it word for word out of the Atlantic.

Now, really, is this anybody's business? Who really bothers with inspiration? One pretends to channel old George Eliot, that other one studies the bon mots of Balzac in translation, while I see my my own métier somewhat more directly.

I wonder, should I relate this matter to the press? Say, toss it out, like another author might let on she always does a first draft in longhand, or dictates to a secretary while in the bath? My own source
may never be discovered, after all, as many original screenplays are only borrowed from literary classics, on the assurance no one who goes to the movies reads. I doubt anyone who reads me would be familiar with a writer published in the Atlantic, after all.

But it is a puzzler, this moral conundrum. After all, I only want what's right for me, which is the essence of scruples. And I am a most scrupulous person.

Sent from my iPhone
Posted by Woesong at 2:39 PM No comments: