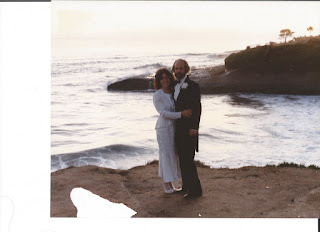 My mapping program tells me that road I took quite suddenly one morning just about 43 years ago is now 1,695 miles long. From Meadow Lane in Bottom, TX to Bancroft Drive in Monte Sereno, CA, took me 47 hours in my little veedub, whereas the map says it should be done in 26. I also remember it as 1,775 miles.

The distance discrepancy is probably due to larger diameter tires today, so that a mile is not what it was once upon a time. It's longer, therefore there are fewer of them, due to tire inflation. (Mileage may vary. In fact, it's guaranteed.)

Okay. A few miles further, having nothing better to do for 47 hours sitting there, I noted another sign. It told me

which meant not only was I closing in on Tucson but so was Phoenix.

You know what carpenters say about lumber yards. You pay for the sawdust. They cut on the line, or just your side of it, and so your board foot amounts to inches.

Probably some corrupt official in the Federal Highway Department is shaving off miles and selling them on the black market, as black miles matter. Sort of like the Richard Pryor character in Superman III, the accountant who truncated slices of pennies instead of rounding them from a gazillion transactions and bought himself a little red Ferrari with the spare change.  Some brother-in-law is operating a gold mine where a Comanche bead shop once did business in Yuma.

I regard the pivot into that trip as a conversation within an auto one summer evening headed south on 121.

James Arie is driving the Bad Plymouth while I sip and grin. There are others present. I ask about Existentialism, as James has been away to school, maybe studying philosophy ... or auto repair, for all I knew.

"Does it mean that I cannot improve my lot by skipping out to the coast?"

"It is the shaking off on the empirical level the overlay of doctrine, duty, dogma, and desolation in the adventure of a self worthy as only it can be of both striving and reward, person and chance, regard and reckoning."

"Yes," said Margaret Singer from in back, "but have you considered the power packs of all our cells, the mitochondria? In there, besides protein energy bars, are free radicals whose job it is to wreak aging, to diminish, eventually to destroy all our faculties to get rid of us, to move us individually offstage to ready the next act, to further the experiment. It's the best evidence we have of a power interested in the species or family instead of the individual. It's exactly like Geek mythology."

"I was hoping it meant I could start over on the coast ..."

I did anyway. Worked for me.

Posted by Woesong at 8:09 AM No comments: