When any of us observed one of those big city TV rigs in our town, we always thought first of Glenda.

I'm going to the library. There's something I want. The library is over a store in a small town built like a set for B westerns. It's the Leatherwood's place; a strange family with some kids I knew from back home in waketime. They own it and there's a key like one of those huge old-fashioned door keys.
I find the key up there on the second floor in a conspicuous place, like lying on the floor before the door. The library is reached by an inner stairway like one travel 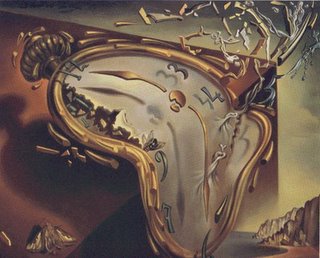 ed up by the tawdry dance hall girls and the drunken cowboys in old westerns. I fit the key and open the door.
In there, I say, it's so loud up here. You can hear all the voices down on the street; the window is open to them. It's so loud, I say.
All attention in the room, maybe a lounging Leatherwood or two and some other young folk, is on Glenda's latest adventure, in the form of a typewritten half-page. She is publicly complaining of her husband Larry's fishing. Her campaign is taking many roads, utilizing many media sorts.
Here is a video of Glenda in her old cheerleader costume, surrounded by the current high school cheerleader troupe. They are dancing and jumping, Glenda perhaps a bit less agile than her mates, and the yell goes something like

Cut to a segment of Glenda singing during a high school assembly about her lamentable lonely state while her lover is out with the fishes.

All alone am I
Ever since you said goodbye
Throwed me over for a plagued fish fry...

Larry is a very stoic guy. He just says, oh, that's Glenda. The truth is, he doesn't fish very much. Mostly, he sits downtown and drinks coffee when he's not at the Plant. He doesn't hang around the house, because Glenda is usually out filming, and he doesn't argue. He shrugs, and sips.
I gather up the Glenda typescript, because nobody seems to be taking care of it. Later on the street, I encounter Glenda. When I present her with the package, I apologize to her. The envelope includes a couple of vinyl disks now, and they've been broken against a VHS tape. One smaller record is intact, but two others are broken. I'm very sorry, and so is she. Glenda is very glum. I say, of course it can be reproduced.
I know it isn't an original campaign. Some time ago, and far away, another wife set out on just such a media frenzy against her husband. There was much publicity, and this must have impressed Glenda at the time. I don't know if the first event was more justified than Glenda's complaint.


[A waking note: Glenda and Larry are two individuals from my old high school days. They've probably never even spoken to one another. Glenda is a farm girl, and a little abashed about that, and Larry was the sort of guy who would allow you to believe anything to his credit, regardless of the truth of the matter.]
Posted by Woesong at 8:59 AM No comments: