It is a project which seems simple. Let me see what it is. Why, it is only the hooking up of a modem. I can do this.

It looks like a small roadster. A gleaming sleek metallic swoosh. I open it and see there are many cables, small bundles of wires, myriads of them. All I need do is hook these wires up to my modem at home. This is very simple. Plug and play.

Let me see. There seems to be a color coding scheme. However, the color is all orange. Each of many cables is filled with twisted swarms of orange wire. Yet it is simple. I plug each into the like port in my modem at home, and there you are.

But how will I tell each wire from each? There are many webs of them. I could follow each one to its logical conclusion. But there are miles between this modem and mine. And I cannot move either one.

I could mark each wire, as, terminal one, two, and so. But I would have to mark them every few feet, because I must go far, and I cannot see more than near.

I could just hold one orange wire and walk with it all the way to the other modem, plug it in, and then return for the next. I could do that. But it would take me many trips, and the earth, it is very old.

I am on the phone now, to the realtime owner of the bookshop in my town. He is saying something comforting but not helpful. I wonder if I might call in an expert. I don't want to, because I should be able to set up a new modem. It will bring much data so rapidly. But first we have this of the setup.

A little girl just at adolescence approaches, takes off her jacket; a very tight sweater remains. She snuggles against me, smiles up into my face, says, "My teachers like me very much."

She's like another orange wire. She knows nothing of modems.

Now I am making my way down a mezzanine. I'm holding a tray of chocolates, and trying not to step on pages open on the steps so that very little space remains for my feet. The pages are pictures of saint or patriotic frenzies. Uh-oh. I drop some. I am thinking of retrieving them, and also thinking, what will that do to the confidence in chocolates? And thinking, it's only more orange wire anyway. 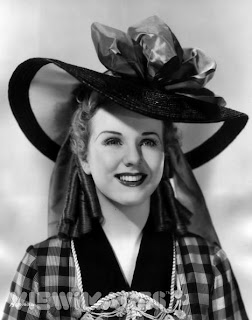 We all are wearing neckties.

Not the common sort, but more like the western swing version, with intricate knots at the throat and swirly loose ends. Men and women wear them, and children, too.

These are gadgets rather than sartorial items. They perform wonders to shape and enhance the larynx and nasal cavities in effect. The result is, all the men sound exactly like Vaughn Monroe and the women like Deanna Durbin. It helps our music that hardly anyone has ever heard of either of those singers. The stars no longer own their sounds, any more than Henry owns his Ford. We are all either Vaughn or Deanna.

And so music in our community is by casual singing-in-the-shower, but you hear it everywhere; street, store, or park, by everyone, for all have the precise same talent and sound. It's true democracy, as all voices are created equal in our town.

There is a background soundtrack in the stores and broadcast on the street and into the park. It's the instrumental for some musical of long ago, and in school we learn the parts. We learn the parts to old musicals and nothing else in our schools. For we need nothing else. The grass is as high as an elephant's eye. I just met a girl named Maria. I have often walked on this street before.

And so Tonight will swell up, and all the Marias will tune up. There is no bashful voice in our town, for we are all the same. Anyone who would dress and go outdoors would freely sing to the wind. We're like that, in our town. 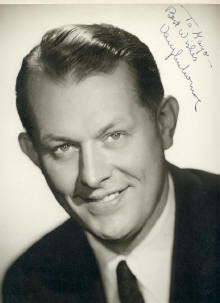 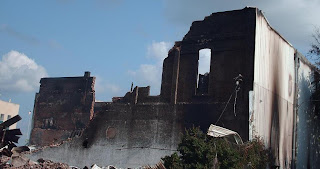 You sail across a great sea, then a lesser sea, and you dock. Then you take a road through a city, then a country lane, then a path, then you climb.

Up high along the ridges, you can see the hawks swoop down below, and clouds come right at you. There is a well marked trail, but what if you go over the ridge?

You find crags and nestles, is what, and no marked passing of humans, so you continue, and the brush is thicker and there is heat now, dry heat, and so bustles in the hedgerow.

Until you are clear in the valley, before a river and beside it a village like a watercolor from an amateur artist. I mean, there are all manner of styles along the river front, there are ancient adobe cabins and there are two-story gabled farmhouses with stitched Tudor paneling, structures of brick and mortar and stone and tin. Sometimes the houses are begun and then trail off, like a slipping away life, an incomplete picture.

This is a lost, forgotten, unknown land. It's not on any rolls in any government office. When there's something needs doing, I begin to understand, somebody just does it. There are no uniforms anywhere. They have a vigorous trade, duty free, with the outside world because they have a deep-water port nobody but certain shipping lines know about. Over the hill, this is considered wild country, uninhabitable.

There are no names here. No signposts; not on the city or the streets or the stores.

No language that I can understand. When two men encounter, they both give that quick jerk of the jaw up and to one side that says, it's a hard life, ain't it? You bet it is. The only sound from them is the workingman's moan, more like a yawn, "Whoa-ho-hoah." Women smile and nod noncommittally and they laugh with a pleasing lilt. I think of an old Buffy St Marie tune, a verse of it going

Merry Christmas,
Jingle Bells
Christ in heaven and the devil's in hell
Hearts they shrink; pockets swell;
Everybody know and nobody tell
and I always used to wonder. But ... but, if everybody knows, then what's the point of the telling?

I stop in front of an old frame building, peer into the show window. I stand like that for a long time.

Inside is Clayton's, the grocery store of the neighborhood where I grew up. I am astonished. The layout is the same, and the products on the shelves look as if they might be canned goods from the fifties, last century. It's identical to my memory.

From here over a rugged mountain and up a long path and a longer road to a highway to a bayside city and across two oceans and then three mountain ranges after you hit ground and a desert in there too, you'll be where I started, so it is impossible anybody who had been to Clayton's could ever have preceded me here. Nobody could have walked in my footsteps. Yours neither.

What I mean is, what I'm seeing clearly in this old replica of my childhood experience could not be. I blink. It just could not be. What did they - maybe design it from a photo in a magazine? There was never a picture of Clayton's. Of course not. Why take a picture of a small-town market? It would be like the mirrors in the Borges Library of Babel; why an illusory duplication during infinity? When it is going you think it will be ever thus and when it isn't, well, you have much more to miss than Clayton's.

I try the door. It's locked. I look around. Nobody on the street. But then, who would I ask? And how? There is not even a language.

There's a fog from the bay, and it meets the clouds from the ridge, until I cannot tell either from the other. 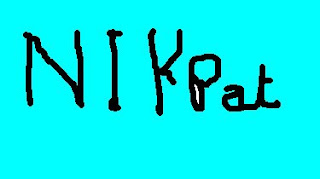 One who is very refined and most assured and inspires great trust is telling us. It's the same chemistry as heavy metals in solution, she says. Say tungsten. On a lab slide, with heat added and then subtracted.

Little girls suffer the precise same pressures, conflict. She is of a sedate reddish hue and she has a reassuring half-smile. I am trying to write down her name, this one who says the development of young girls is like tungsten under heat.

I write "P - A - T - " but she corrects. "Start with "Niki." And I do, very precise in my penmanship to show her my scholastic alacrity, but I note my finely-chiseled letters must eventually bump up against my prior scribbles. There does not seem to be anything I can do to fix it. Oh, dear.

She says, okay, and takes over the pad. There, now.
Posted by Woesong at 10:59 AM No comments: