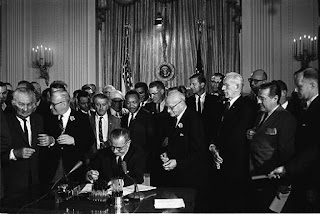 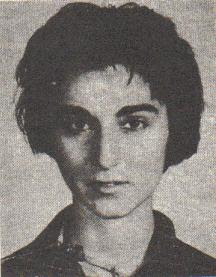 ___
Timocracy, an ancient alternative to Democracy.

When demonstrations on campus were brand new, someone thought of the technique of occupying buildings, and away they all did go. Let's take over the dean's office!

Only, the dean's office was locked. Much milling around ensued. What to do? A "leader" of the rebels sought to lead by speaking, and to be seen as well as heard he mounted a trashcan ... or meant to. While he was struggling to climb onto his improv podium, someone in back of the crowd yelled, "Let's take over the library!" Yeah, the library would be open. And off they all went.

The leader abandoned his trashcan, ran to catch the crowd, then to join those at the head of the procession. At which time he clasped arms with the front rank, and began chanting a revolutionary slogan.

That's how leadership is. That's how it goes. It is patent infringement; mass impulse sold as product back to the booboisie from which it was ripped off in the first place.


There is something else I learned about influence. It defies the laws of physics, in that the reaction is often greater than the force that brought it.

I learned about the dichotomy of force from the great grocery writer M F K Fisher, who apparently invented writing about the kitchen back when most memoirs featured war, politics or love. Once she had kicked off the show, every other scribbler on comestibles must come down on one side of the question or the other. They must try and write like M F K Fisher, or try not to. That's the nature of influence, which can spin off in either direction, like the proverbial matched particle pair.

A banner year was 1964; "filled with those events which alter and illuminate our time," portending grave eruptions to my state of denial.

Can't Buy Me Love. Baby Love. She Loves You. Fuel is thirty cents a gallon, and haircuts are clear up to fifty cents a shot. A leap year. A 9.2 quake hit Alaska, destroying Anchorage. LBJ declares a War on Poverty. There are plans announced to build a World Trade Center in lower Manhattan. The Beatles arrive on our shores for the first time. Somebody named Cassius Clay whups a Sonny Liston to become champeen of the whole world. Kitty Genovese, 28, is stabbed to death in queens as 38 neighbors refuse to respond to her cries, even to the extent of picking up a phone. Jack Ruby is found guilty in Dallas and, due to the jury's repugnance for the west coast grandstanding defense attorney Belli, draws a death sentence in place of what even the prosecutor figured would be five years for "murder without malice." (This is an example of the theme from the Camus novel "The Stranger.") Jeopardy premieres, with Art Fleming as host. General MacArthur dies at Walter Reid. The first Rolling Stones album premieres, and so does the Ford Mustang. In the Texas primary, Barry Goldwater scores over 75% of the Republican vote. The first marches against the Vietnam war were staged by hundreds in New York and San Francisco. Martial law declared in Seoul after a riot of 10,000 students overwhelms police. Nelson Mandela and 7 others are sentenced to life in South Africa. (Our unfortunately current veep creep voted as a Congressman in 1986 against a congressional resolution calling for the release of Mandela.) The bodies of three civil rights workers are found in Philadelphia, Mississippi, which thus became the logical site for Reagan's 1980 campaign kick-off. The Civil Rights Act of 1964 is signed, along with the entire south over to the Republicans, an inevitable result of which LBJ was well aware. (Republicans in our community thus owe an unpaid debt to Civil Rights.) US casualties in Vietnam are up to 1,387, and Goldwater says at the Republican National Convention that "extremism in defense of liberty is no vice." So 5,000 more troops are committed, bringing the total to 21,000. Race riots in Harlem. The final Looney Toons is released and the Warner Bros Cartoon Division is shut down. Two US destroyers are not attacked in the Gulf of Tonkin, but the resolution granting extreme war powers to LBJ passes anyway. The last executions in the United Kingdom are carried out. The Warren Commission Report issues forth and a massive cottage industry in Conspiracy Theory is born. The Berkeley Free Speech Movement breaks out. Dr Martin Luther King Jr is awarded the Nobel. Khrushchev is deposed. China joins the Atom Bomb fraternity. LBJ announces the Great Society, and goes on to an extreme smackdown of Goldwater in the general election with over 60% of the vote. Cosmic Microwave Background discovered, leading to the Big Bang theory.

And I turned twenty one, influenced by none of the foregoing, excepting perhaps Looney Toons, Cassius Clay, and Jeopardy. My interest was in the shine on that emerald Golden Commando Sport Fury, and how quick it was, and will Miss Donna Delight come ride in my car? I was single and not bothered by the military, then neither was so, then either was again. I learned to drink around that year, but I never smoked tobacco nor voted Republican ever. I killed some animals in that era, but like Anselmo at the bridge at the end of For Whom the Bell Tolls, I hope to live ever after in such a way it doesn't matter. (This is not a working formula. Anselmo did not even survive the bridge.)

Influence is almost always negative. You can see this by reading the letters to the editor in most any newspaper. If you lived in a utopia with 90% of your environment optimum or better, as we do, then you would see an exaggerated expression of woe and anger at that missing 10%. It is endemic in those who have the least to complain about to spend inordinately more time whining to make up for it. There is more wailing and gnashing of teeth over trivia in Central California than legitimate crying in the streets of Mogadishu.

We lost Kurt Vonnegut this year. He described  Bokononism, which includes the wrang-wrang , or "person who steers people away from a line of speculation by reducing that line, with the example of the wrang-wrang's own life, to an absurdity." Think about that. It is the main force driving public discourse.

The best pal Stalin had was Joe McCarthy, the blustery bully buffoon who made a circus out of anti-communism. Rap chatters are popular with preteen girls who only want to shock and dismay parents. Many more crazed jihadists were called to arms by the Crawford Cretin than by any number of homicidal psychos in caves.

And today's campaign triggers are reduced to simple terms with the same negative connotations. For old-timey racism, we have Immigration. There is for hatred of gays and atheism, Family Values. For misogny and fear of a powerful woman, it's Hillary. Just try and imagine a campaign moment which does not attempt to invoke fear and loathing. Keep that factor in mind while watching your biased "news" shows. All politicos only attempt to mimic leadership by climbing atop trashcans.

That's what I've learned since 1964. We are driven by a negatively-charged magnet. Whereas Bokonon asks us to sing along with him.

References are from Wikipedia, Kurt Vonnegut, Walter Cronkite, and Bokonon.

Positively 4th St is a realm bounded by time (earliest days through the sixties) and distance (the range of Highway 82 as it was then, roaming through our village east to west). If you were located within 20 miles or years of the 4th St Era, then you are part of the program.


Tim Bowden
wishes you an even better year in 2008!

Posted by Woesong at 2:24 PM No comments: