Store this in your Saratoga Trunk!

It is a feature of American life that there can be no reviews. We are told something cannot be and when it is found then the new wisdom, which does not conflict with the old, is that, yes, of course it can, for there it is.
My Daddy watched me fiddling with a pencil in my left hand, and he said, you can't write left handed. You've been running on the old righty rails too long. So I spent much time doing it, and it was then how I wrote, and Daddy had no further comment on the matter.
(I was like a switch-hitting pitcher, however; I had a horrible a scrawl on either side of the plate.)
A foreign Exchange student came to the University on the hill in the little town on the central California coast where I live now, Bayport, and he was much respected and esteemed for he was an exile from Apartheid. Everyone went out of their way to put him at ease and show him race did not matter to us.
All very kind and supportive and enlightened and we were all glad to be a part of a world where such behavior and beliefs might thrive.
One of us, it must be said, did not receive the memo. Or else circumstances destroyed it. .
"He raped me."
Uproar and clamour and outrage. But everyone had fallen into a meme, where yes of course a white woman would falsely accuse a black man of rape. So the frenzy was in support of the Foreign Exchange student.
With air quotes, one or another would say, "They all look alike." With great irony. A well-known attorney volunteered to house the accused in his own home with his family while the ugliness proceeded.
Three advisor was not demented, so racist, in fact apparently had no character or mental troubles at all.

Whiplash. The Foreign Exchange student copped a plea and was on the next plane to Johannesburg before the public even suspected.
There was no discussion, no rebuttal, no recount, at least in public, to my knowledge. Never.
The public is never wrong. And if they are, it's never public.
Some humanity caretakers determined it would be a good idea to Feed the People. So, they set huge pots and tureens down by the Town Clock and began adding ingredients and stirring.
The Country Health Department cried foul. They are rules to keep public victuals safe. The Health Department was ignored. Government, you know.
Suddenly, tacitly, without argument or ceremony, the ad hoc soup kitchen disbanded without explanation and was not seen nor heard from again. It seems a report went around that a mental patient was of the habit of spitting into the stew.
The general with the eyepatch was before a map on the Today Show, pointing out history to come. He pointed out the divisions arrayed against the South and said, "They won't be able to take Saigon for many weeks, if ever. This was during the political figleaf called Vietnamization, the plan by which South Vietnam would continue our march for us.
Saigon fell in a week.
"I don't know whether pot leads to heroin; I want my daughter to be taught it does!" A parent on a news broadcast from a PTA meeting in the sixties.
It was one ordeal. It was freezing down by the river that season. The project was to move 8 kilos of mota from the South bank to the north and on up to, eventually, the eastern seaboard where the national weightlifters trained. It was a perilous adventure, packing a canoe on a station wagon to float grass across the Rio Bravo. Penalty was stuff years, as I remember.
Every night I take pills to sleep, fire I am old. One of them is a chocolate drip with mota inside. It is bought at one off the plenty dispensaries set up around the county for the purpose of dispensing weed in various forms to a happy customer base.

Posted by Woesong at 3:31 PM No comments: 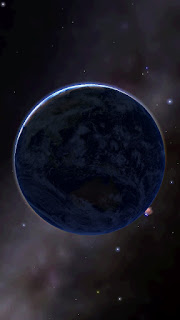 Is this your dog?

Posted by Woesong at 8:29 AM No comments: 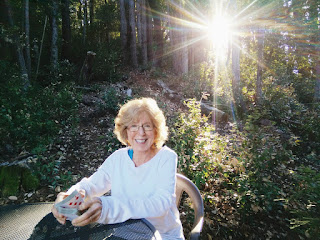 This is who going where? Over.
Posted by Woesong at 9:33 AM No comments:

This goes out to everyone in my roster who has touch with Bonham. Joe Morgan was born the year I was and in the same town. In my school days the MLB local hero was another Reds infielder, Roy McMillan, except he was relatively unimpressive at the plate, playing in the time when valuable defense players might be forgiven weak hitting.

For some reason, Joe Morgan was never celebrated in our town, maybe because he moved to Oakland when he was five.

"He seems to be losing steam." Joe Morgan from the broadcast booth, commenting on a fireballer on the mound.

"Are you looking at the same numbers I am?" replied the play-by-play in the booth beside him.

The hitters began scratching, then pounding, and they chased the fastballer soon after. The play-by guy, after the excitement, exclaimed, "...and you called it!" to Joe Morgan.

He did, too. I heard him when he done it.

Tim Bowden
Sent from his Fire

Posted by Woesong at 2:31 PM No comments: